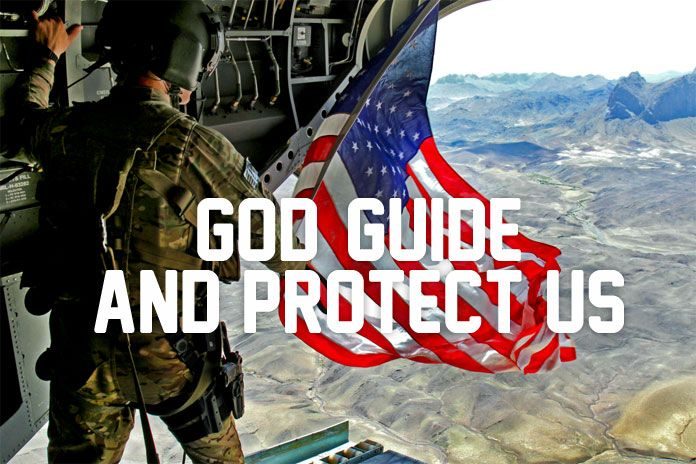 Prayers for Soldiers and their Families. Armed Forces Day 2019 falls on 18th May and is a special day where those who have served, fought and even lost their lives for the freedom of their country, and the freedom of others is honoured. Armed Forces Day dates back to 1949 when then Secretary of Defense Louis Johnson declared it to be a day of thanksgiving for those who are serving and have served in the US Military.

Every year since 1949 citizens of America mark Armed Forces Day in their calendar to pause, reflect and thank those who have served and do serve, keeping America safe and protecting the lives of others around the world.  Armed Forces Day 2019 will be no different from any other year as America takes time out to give thanks. Churches throughout the country often hold thanksgiving services to honor the men and women who served and serve, thanking God for their bravery, hard work, compassion and even giving up their lives.

Prayers for Soldiers and their Families

Very often the service of those in the military is taken for granted. But without these brave men and women, the world would be far less safe than it is today. It is absolutely right to pray for those in the military to give thanks and to ask for their protection. If you cannot get to a service on Armed Forces Day 2019 pray this prayer alone or with your family.

Prayer for Armed Forces and their Families

Dear Lord and Father, I thank you for those who have served, do serve and will one day serve in the armed forces. I thank you for their courage and bravery, putting themselves in the line of fire to protect the innocent. I thank you for the sacrifices made to protect others all over the world and here at home. Lord, I ask that you give them strength in the knowledge that you are standing by their side.  I pray for your angels to protect them when on active duty. Lord, please keep their families safe. Thank you Lord for your grace and mercy. In Jesus name. Amen.

Prayer is one of the most important parts of Christian life. Praying for others is something God expects us to do, those in the Military are no different. Philippians 2:3-4 makes it very clear that we should and must pray for others: “Do nothing from selfishness or empty conceit, but with humility of mind regard one another as more important than yourselves; do not merely look out for your own personal interests, but also for the interests of others.”

Ultimately God is in complete control of everything on earth. He chose those serving in the Military to fight and protect others. Prayer is, therefore, necessary to thank God who provided these magnificent, brave men and women because without them peace as we know it may not remain.

It doesn’t take a lot to stop and pause to give thanks to those often forgotten men and women, many of whom work in extremely challenging situations. Your prayer for an individual soldier or for the military as a whole, also their family members, could be the one that saves a life or sees the breakthrough in the battle being fought. Your prayer is always more powerful than any weapon used on the battlefield and every member of the military feels it.

Also read: NATIONAL DAY OF PRAYER 2019: LOVE ONE ANOTHER

Prayer of Encouragement and Strength for a Friend or Myself

PRAYER FOR HURRICANE PROTECTION and People Safety during Season

GOD LIVES IN US Prayer