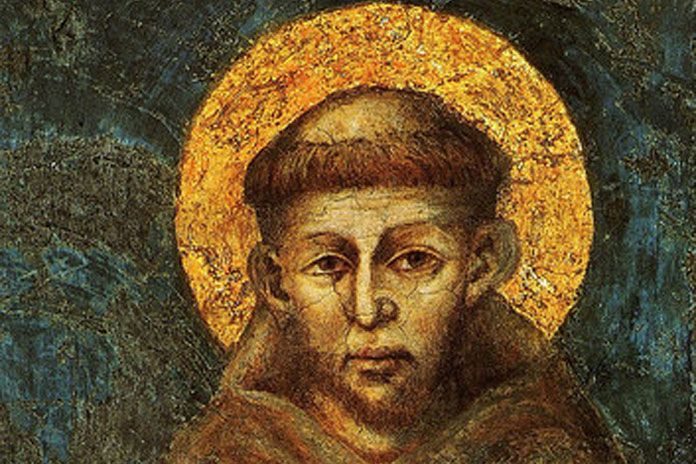 When you pray for salvation of the world what prayer words do you use? We present you a prayer which helped for thousands of people to get out of difficult situations. This prayer is  “Peace Prayer”or St Francis of Assisi prayer. Many people think that Italian Saint Francis of Assisi wrote it. This prayer is an example of encouragement to “let your light shine before others, that they may see your good deeds and glorify your Father in heaven” (Matthew 5:6).

“Make me an instrument of Your peace”

In all of the travails and trials of the world, the word that is the most popular and yet the most elusive of all is the ability to have and live in peace. So the prayer to be an instrument of peace is a serious undertaking. It is not an overreach or overstatement to say that being an instrument of peace is on the same level as King Solomon’s quest to become the wisest of all men in his kingdom.
For the request for wisdom instead of riches, King Solomon received both wisdom and riches. Finally, for the request to be an instrument of peace, unmitigated unquenchable love should be the natural accompaniment.

“Where there is hatred, let me bring love”

One of the most wonderful things in the natural world is to love and when other people love you. The person who can sow love where hatred took place is an exception. That, in and of itself, is a gift and talent. There is a well-known saying that “hurt people hurt people.” However, sometimes even the injured party must find a place of peace where they refuse to injure others.

“Where there is offense, let me bring pardon”

Many times, we confuse forgiveness, or pardon, with being a slovenly beggarly type who is an easy pushover, or someone who cares for others more than they care for themselves.

“Where there is error, let me bring truth”

To pardon or forgive others is a form of self-release that stops the need to carry one person’s extrapolated poison (i.e., “injuries”) into the future of another. Without the ability to pardon, to forgive, the injury passes on and keeps going around in a circle – to the guilty. Even worse to those who feels innocent and simply lost in the web of a vicious cycle of continuous pain.

“Where there is doubt, let me bring faith”

“Where there is despair, let me bring hope“

Often, despair is a sign of fearfulness. Fear can make the very thing someone afraid of even more real and viable.  When a person is afraid, but still takes a chance and faces the thing they fear, it is a statement of elevated hope – hope that the despaired and dreaded thing will change, or at least neutralize into a mere vapor in the wind.

“Where there is darkness, let me bring your light“

The desire to become light in a room filled with darkness and a beacon of hope in the face of despair  signifies a healthy relationship with God. “Let your light so shine” in such a way that you glorify God even by those who have much doubt God existence. The darkest pathway guided by a shining torch lamp is the best way for others to see the God that they often can’t or won’t acknowledge because of their internal hurt and pain.
Often, the best living example is not words, but rather the example itself; to shed light in a dark room, as well as in a darkened heart.

“Where there is sadness, let me bring joy”

The joy of the Lord is ultimate strength. (Nehemiah 8:10) While it may seem contrite on the surface, there is a deeper meaning associated with having joy. Joy goes deeper than happiness, so it is possible to be joyful in the midst of sorrow and pain. So humans are mostly resilient creatures who tend to be able to bounce back from the unimaginable.

The St Francis of Assisi prayer request is for the Divine Master to give the end recipient the ability to console, to understand, to love, to give, to pardon, and then finally to be “born again” into eternal life.

St Francis of Assisi prayer seeks to show the way out of darkness into light, out of guilt into peace. The peace that surpasses human ability and understanding.

We understand why we need to appeal to a deity for superhuman strength.  More than magic and more than mere superstition that the St Francis of Assisi prayer is the desire and faith to believe there is always a way to make a way out of no way.