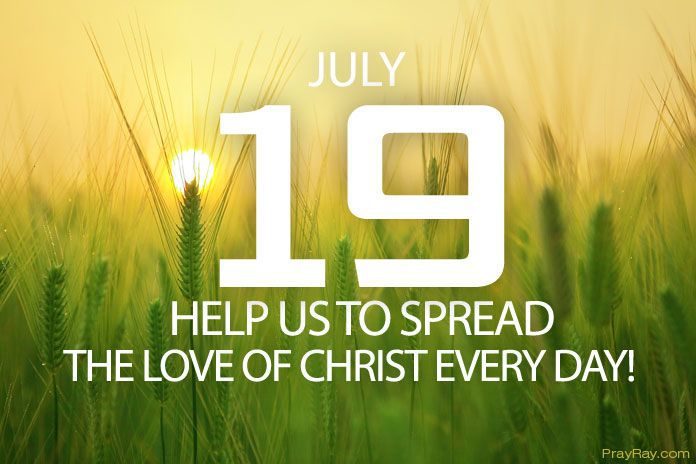 Church as the body of Christ. Bible verse and prayer July 19. Praise the Lord everybody. Recently there has been something trending in the Body of Christ/church. What has been noticed is that Church attendance is dwindling and the love, one for another and the power of the Holy spirit is almost non-existent. The Lord appears to have begun to let the Church know about it.

“They devoted themselves to the apostles’ teaching and to fellowship, to the breaking of bread and to prayer. Everyone was filled with awe at the many wonders and signs performed by the apostles. All the believers were together and had everything in common. They sold property and possessions to give to anyone who had need. Every day they continued to meet together in the temple courts. They broke bread in their homes and ate together with glad and sincere hearts, praising God and enjoying the favor of all the people. And the Lord added to their number daily those who were being saved.” (Acts 2:42-47)

There is a reason the Christian church is not growing as fast as Islam or other religions throughout the world, and it’s not because there is not enough televangelist, Christian radio stations, missionaries or tent revivals. In some Cities in America there are two and three churches on one block.

Still the Christian church is not growing as fast as other religions, especially in the U.S. There is something missing from the Body of Christ, it has forgotten some of the things that gave the church power, things that spurred the Lord to bless the church and to prosper it.

Jesus told his disciples they will receive power from on high and when they were gathered together in one accord they received that power and went on to shake up the world. The reason Christian Church is no longer shaking up the world is because there is no power in the church anymore, it is no longer in one accord. It is separated by doctrine, race and religious rituals. When was the last time neighborhood churches truly fellowshipped together?

Instead it looks for excuses to put one another down and reasons why it cannot possibly be yoked together with “THEM”. It can’t even come together in one accord in our own local church.

We pull up in our fancy cars and step over the locals as we enter the house of prayer. Once inside we question Gods authority, the authority God put in place to run the church and bring forth His vision for the church. There is disobedience, backbiting, gossip and sowing seeds of discord. And Gods work gets lost in the mix.

Church as the Body of Christ Prayer for Today

Father God forgive us for being a part of the power outage in the Body of Christ. Help us to spread the love of Christ every day and not look for the differences between our fellow brothers and sisters in Christ. Teach us to focus on what binds us together, The Blood of Jesus. Amen.

GOD GIVES TO THOSE WHO ASK Prayer for June 26

Leave your Old Way of Life behind. Devotional for Today, January...