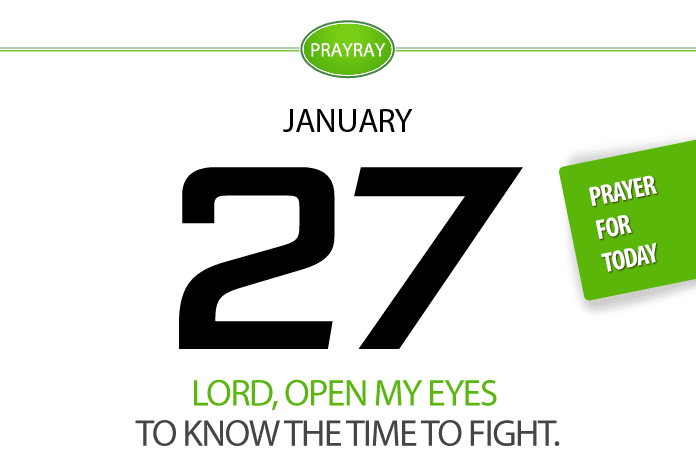 Time to fight for God – Prayer for January 27. As there is time for us to withhold our weapons and enjoy the peace of God, there is also a time when we fight. Let’s tell our Lord that He should grant us victory when we fight for God.

There is for sure time for everything in this world and also there is time for peace while there is time for war. When you feel that things are not going in the proper way, when you want things and it’s not coming forth, then you should know that it is time to wage prayer warfare. For we wrestle not against flesh. Put on the armor of God and fight for God.

Fighting means to engage in a struggle against a perceived enemy either defensively or offensively. Most human beings, irrespective of who they are, what they know, where they have been, and their level of spirituality, have something they would fight for. We fight for our rights, for our possessions, and we fight for our family. Jacob wrestled with God, he knew it was time to do that because if he had not done that, he wouldn’t have been blessed. David also, knew it was time to fight and he fought Goliath which made him promoted.

Fight for God Prayer for Today

I fight against lack, I fight frustration, I fight disappointment, I fight temptations in my life and I declare myself a victor over all battles because I am more than a conqueror in the name of Jesus. Amen.

BEING TRANSFORMED BY THE WORD OF GOD Prayer for July 5