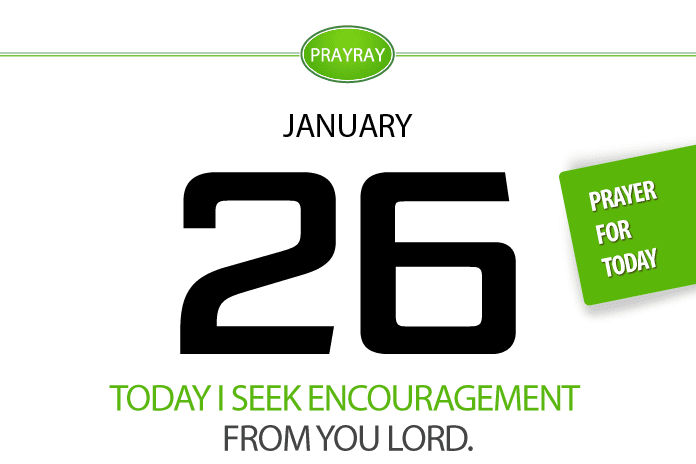 Be Strong Prayer for January 26. Intimidation occurs as a result of a lack of courage and when you are feeling inferior or powerless. We are strong in the Lord, so we should not feel intimidated by anything. We should ask God for being strong in prayer.

“Be alert and of sober mind. Your enemy the devil prowls around like a roaring lion looking for someone to devour. Resist him, standing firm in the faith, because you know that the family of believers throughout the world is undergoing the same kind of sufferings” (1 Peter 5:8-9).

Discouragement is the opposite of courage, a state of mind that is marked by fear of failure and loss of hope. Discouragement is a weapon that the devil always uses to keep the Children of God intimidated thus keeping them from fulfilling their purposes in life.

Joshua 1:9 “Have I not commanded you? Be strong and courageous. Do not be afraid; do not be discouraged, for the LORD your God will be with you wherever you go”.

Be Strong Prayer for Today

POWER OF HOLY SPIRIT IN YOU Prayer for September 28

FEAR OF GOD IS THE BEGINNING Prayer for September 27

GOD’S POWER TO CHANGE YOUR LIFE Prayer for April 30

POWER OF FAITH IN GOD Transforming and Healing. Prayer for April...