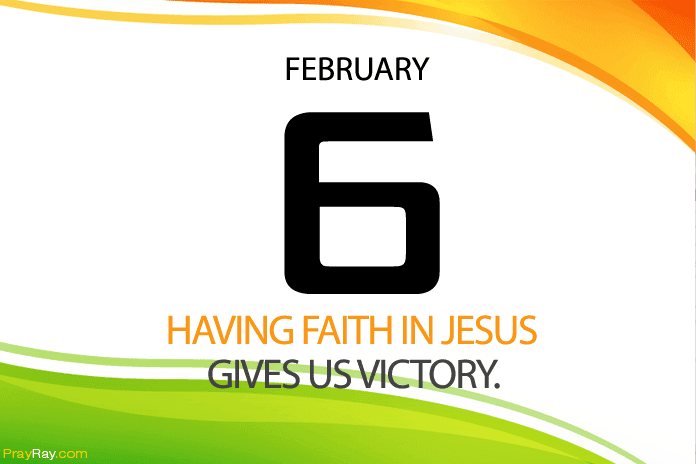 Be victorious – Victory life. Prayer for February 6. We are more than conqueror as Christians, we must fight believing we are victors and fight like a victor but not as a defeat. We must therefore live a victorious life.

“For everyone born of God overcomes the world. This is the victory that has overcome the world, even our faith” (1 John 5:4).

We must never be intimidated by anything. We must also bear in mind that we are victors and can’t be defeated. God has ensured us victory on every side, whatever battle we fight, God is has given us victory.

To live a victory life, you must put on the whole amour of God as a shield that shields us away from the arrow that flies by noonday. We must use the sword of the spirit which is the word of God every day. The reason why we must live a victory life is because God that is in us is greater than the forces of this world.

Having faith in Jesus and using the name that is the greatest gives us victory.

Lord, I believe for me to wake up to see this beautiful day, it’s a victory over death. I thank you for making me a victor. So many battles have come my way but still, you stood by me and help me to fight them, in you I have victory. You made me be more than a conqueror not because I have the power to fight, in fact, I don’t have any power of my own but I am made strong in you. For these I thank you.

WATCH YOUR WORDS Prayer for March 6

GOD WANTS AN INTIMATE RELATIONSHIP WITH US Prayer for July...