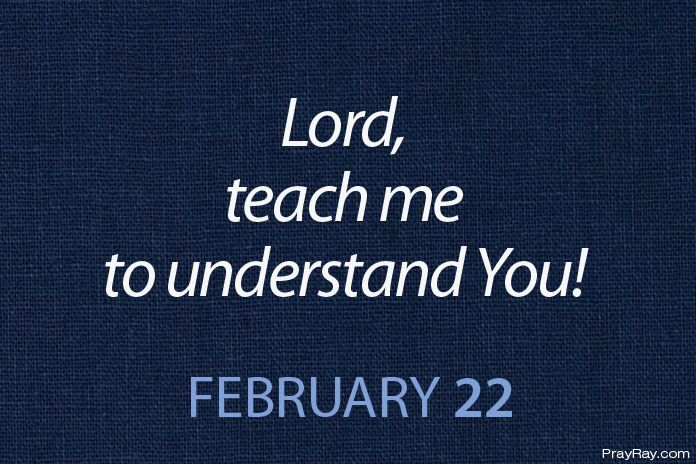 God calls us – Prayer for February 22. What are you telling God any time he calls you, do you listen to Him? Many times God calls us and we don’t even listen because we don’t want to do what he wants to tell us. Let’s tell God to help us obey him.

“The Lord came and stood there, calling as at the other times, “Samuel! Samuel!” Then Samuel said, “Speak, for your servant is listening.” (1 Samuel 3:10)

It very possible for us to be born again and yet do not recognize the voice of God. For us to know His voice and the way He talks, we must pay good attention. Prophet knew it was God calling Samuel, he then told to answer that speak for your servant listens. What Eli was telling Samuel is that he should pay attention to the voice.

Paying attention to the voice of God is not synonymous with obeying His word. Jonah paid attention, he listened to the voice and got the message clearly but he chooses to disobey. He was asked to go to a place but went to another place instead.

Anytime God speaks to us, He wants to use is to change the world. When He called Samuel, that was when he started using him. When he called Jonah, he wanted to use him. The answer we should give God when he calls us is “Speak on”, he needs to listen to Him because he has everything we wanted.

God Calls Us Prayer for Today

Lord, I know you are always ready to use me. You want to use me to change the world and reach out people to save them from perishing. If I have not been paying attention to you Lord, have mercy on me. Lord, help me to recognize your voice. Teach me to understand you and to follow all what you say, Lord. Amen.

BUILDING A GOOD RELATIONSHIP WITH GOD Prayer for April 29