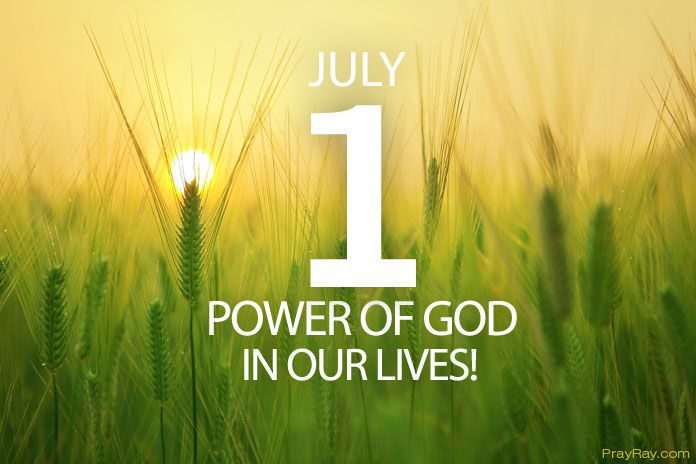 God’s sustaining power – Prayer for July 1. God can give you his power so that you will be able to take control of things but at the same time it can be taken from you due to either your carelessness or you not using it right. Let’s do all it takes to sustain the power of God in our lives.

Then she called, “Samson, the Philistines are upon you!” He awoke from his sleep and thought, “I’ll go out as before and shake myself free.” But he did not know that the LORD had left him. (Judges 16:20)

Samson had the power of God in him, he was destined to lead his people but he took the wrong step and he lost it all. Jesus was also in this case – Satan tempted him and he was able to overcome that temptation.

Not going that far to Jesus, let’s see Joseph, a young man that has disciplined himself – when Potiphar’s wife saw him as a handsome young man, she tried to make him sleep with her. Genesis 39:9 “No one is greater in this house than I am. My master has withheld nothing from me except you because you are his wife. How then could I do such a wicked thing and sin against God?” What this implies is that the only thing that can make you lose the power of God is sin.

We must know how to take our steps in the Lord, at times like this, we must not let the power of God depart from us. Disobedience will make the power leave us – this happened to Saul, he disobeyed, and then God rejected him, his reign, the power was all gone. 1 Samuel 16:1 “The LORD said to Samuel, “How long will you mourn for Saul since I have rejected him as king over Israel?”

Trust in God always and never disobey. Then you will sustain his power in your life.

I rebuke anything that may want me to lose the power of God over me today. I will not lose the power but I shall grow in it and I will manifest in the power so that God would be glorified. Amen.

God is Waiting for You. Devotional for Today, October 10