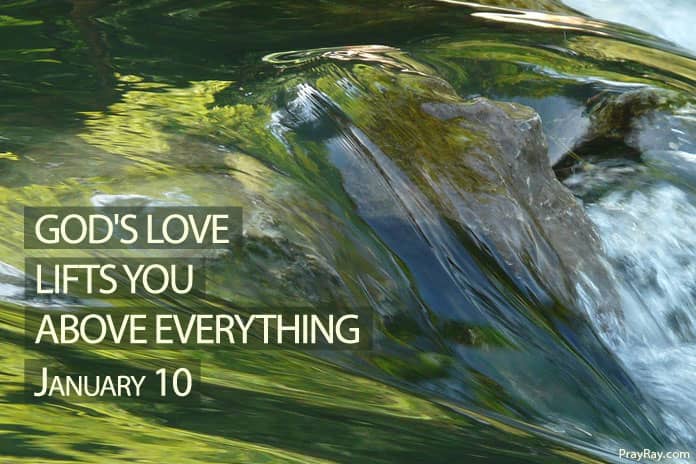 The Gospel is a message of freedom. That’s what we’re talking about in our daily Devotional, today January 10.

Today’s text is about the healing of a leper. Obviously, it describes a very dramatic situation in which a taboo is broken.

A man with leprosy came to him and begged him on his knees, “If you are willing, you can make me clean.”

Jesus was indignant. He reached out his hand and touched the man. “I am willing,” he said. “Be clean!” Immediately the leprosy left him and he was cleansed.

Jesus sent him away at once with a strong warning: “See that you don’t tell this to anyone. But go, show yourself to the priest and offer the sacrifices that Moses commanded for your cleansing, as a testimony to them.” Instead he went out and began to talk freely, spreading the news. As a result, Jesus could no longer enter a town openly but stayed outside in lonely places. Yet the people still came to him from everywhere. (Mark 1:40-45)

As we know, in those days leprosy was a very dangerous disease because it was fatal, easily contagious and there was no cure. Therefore, the means of protection were very cruel.

To avoid infecting others, a person with leprosy would have to leave home and live alone in the fields outside the city. They had to keep 131 feet away from people. When a leper saw a person approaching, he had to shout “I am unclean” to warn the passer-by not to come near.

But worst of all, it was believed that the man had already been condemned by God and, although he was still breathing, he was a corpse.

In other words, the person with leprosy was going through a living hell and was looking to death for salvation.

Faith is Stronger than Fear

And yet today, in Mark’s Gospel passage, we read shocking things. The leper comes within a few feet of Jesus. This is scandalous. And instead of accepting that he is already condemned to death and crying out, “I am unclean, get away from me,” he addresses Jesus personally, “If you are willing, you can make me clean.”

This shows what faith is.

In the same way, Jesus goes against all the rules. He crosses the last one meter separating him from the leper and reaches out his hand and touches him. The last taboo is broken. And then Jesus’ healing word answers the leper’s prayer, “I want you to be clean.”

Everyone holds their breath, wondering what will happen next.

God’s Love Above All

Today, 2,000 years later, we read this text and have no idea of the consequences of Jesus’ actions.

Suddenly, according to the rules of the time, Jesus himself becomes an outcast. He himself becomes “unclean”. We who lived through the COVID-19 pandemic understand what this means.

That is when the first shadow of the cross falls on Jesus. He dares to save a man condemned to death. In doing so, he breaks the rules of society and faces his own death sentence.

Here we should understand that Jesus is not a revolutionary or a stereotype breaker. He does not want to be. He is God. And by his actions, he clearly shows how important man is to God.

Jesus forbids the healed man to talk about his healing, about his salvation. This could have dire consequences for all those who were present and witnessed this miraculous salvation.

However, the healed person must appear before the priest to confirm that he is no longer sick. And finally, be free to return to life again.

The Gospel is a Message of Freedom

The Gospel is a message of freedom. God’s love is liberating love. Because it lifts you above everything.

The only question is who the lepers are today. And they certainly exist in our society.

Lord Jesus, Son of the living God, have mercy on me, just as you had mercy on the leper who was condemned to suffer and die. Save me. Set me free. Be my Savior and healer. Amen.

Do not Deceive Yourselves. Devotional for Today, January 19

Unity is a Gift from God. Devotional for Today, January 17

GOD FIGHTS YOUR BATTLES Bible Verse and Prayer for April 23

FREEDOM IS A GIFT FROM GOD Prayer for December 13