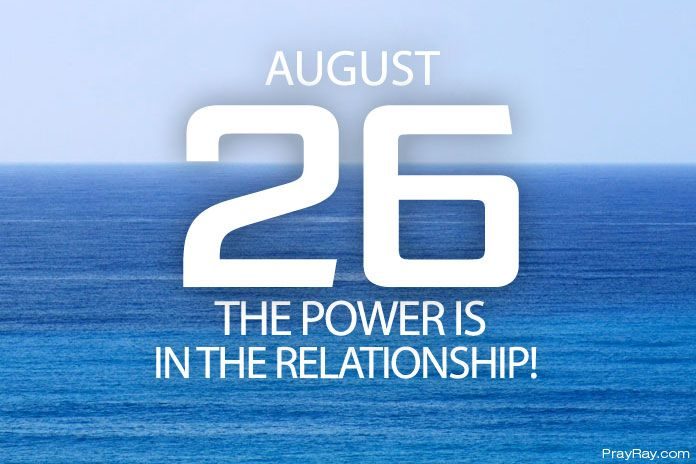 Have a real relationship with God – Prayer for August 26. Praise the living God, from whom all blessings flow! In the body of Christ, there are many pretenders and bad actors trying to mimic their way into heaven. But God has discernment, and so does the Devil.

Some Jews who went around driving out evil spirits tried to invoke the name of the Lord Jesus over those who were demon-possessed. They would say, “In the name of the Jesus whom Paul preaches, I command you to come out.” Seven sons of Sceva, a Jewish chief priest, were doing this. One day the evil spirit answered them, “Jesus I know, and Paul I know about, but who are you?” Then the man who had the evil spirit jumped on them and overpowered them all. He gave them such a beating that they ran out of the house naked and bleeding. (Acts 19: 13-16)

Today in the Body of Christ you can find a lot of mimes, people trying to present themselves as something they are not. They talk like Christians, they dress like Christians, but they don’t walk like Christians. They don’t have a real relationship with Christ and therefore have no power. The seven sons of Sceva found out the hard way, that you can not fake the Holy Spirit.

These people, again, have no power, and as soon as they run into a little trouble along the way or a little temptation they fold up like a tent. They cannot stand because everything they try to stand on is fake. These are the same people who always are saying things like “I’m keeping you in prayer Brother; don’t worry Sister God told me to tell you He’s seen your tears.” Prophets of lies.

These same people are still fornicating, drinking, stealing, carrying guns, and doing anything else they feel like doing. They don’t even wonder why the church they’re in has no power, no one’s getting delivered, no one’s getting healed and visitors are walking out the same way they came in.

Jesus said that on that last day many will say “Lord, Lord did we not prophesy in your name and in your name drive out demons and perform many miracles? Then I will tell them plainly, I never knew you. Away from me you evil doers!” (Matthew 7:21-23) The power is in the relationship. God bless you all.

Have a Real Relationship with God Prayer for  Today