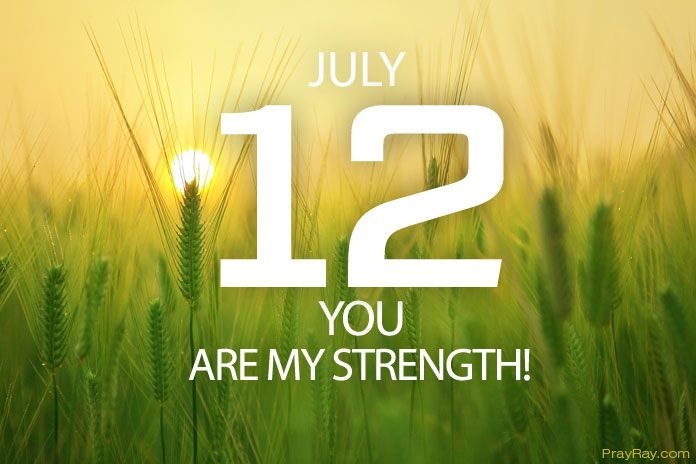 Virtues of a godly man – Prayer for July 12. Everyone that we see as a great person in this life has something that serves as a source of power to them, it is what drives them to become greater. What are the virtues of a godly man? Let’s make Jesus our secret and we will be great too.

These are the names of David’s mighty warriors: Josheb-Basshebeth, a Tahkemonite, was chief of the Three; he raised his spear against eight hundred men, whom he killed in one encounter. (2 Samuel 23:8)

These men considered David’s mighty warriors great because they stood with someone who made God his secret of greatness. They were able to fight and defeat the enemies because God was with them.

These days, there are many billionaires out there and they are still getting more – they became great because they have a secret place or something they consult and give them drive on working more.

David said in Psalm 91 about those that dwell in the secret place of the highest – God will be their fortress.

If you want to mount up with wings as the eagle, then God must be involved in your life and will give you the virtues of a godly man. Isaiah 40:31 “but those who hope in the LORD will renew their strength. They will soar on wings like eagles; they will run and not grow weary, they will walk and not be faint.”

In this life, no one can be great without the help of others, you need support from people. David was great because of the people that surrounded him, and above these, he has God by his side. The people that we surround ourselves with can determine how far we can go in life. That is why Psalm 1:1 says, “Blessed is the man who walks not in the counsel of the wicked nor stands in the way of sinners nor sits in the seat of scoffers.”

Make God your secret in all you do today, don’t do anything without him and you will have the virtues of a godly man.

Virtues of a Godly Man Prayer for Today

Father Lord, I understand that to be a great man, one has to stand on the shoulders of a great man. You are a great man Lord. You are mighty in battle and in your presence, evil men and the wicked ones flee. I stand on you today and I declare myself a great man. I will be great and continue to be great, in you and in power – I will grow in strength too. Amen.

Also read: GOD IS WITH YOU ALWAYS Prayer for July 11

THE KINGDOM OF GOD IS WITHIN YOU Prayer for January 20

BELIEVE AND SEE THE GLORY OF GOD Prayer for September 2