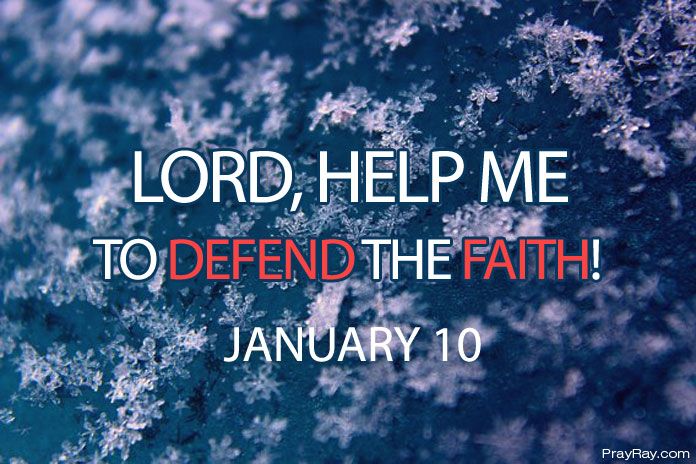 “But sanctify the Lord God in your hearts, and always be ready to give a defense to everyone who asks you a reason for the hope that is in you, with meekness and fear.” (1 Peter 3:15)

Wide range of knowledge is required to practice apologetics due to the fact that most of the time the questions raised which are to be addressed are often taken from the scope of the Christian philosophy and its practice. Questions like “who is God”, “is God real” are mostly taken from the philosophy of Christianity and relating it to the philosophies of others.

In some arguments that involved a naturist or an atheist, to clear their doubts, one must have the understanding of nature relating it to the things of God as recorded in the scriptures. There are lots of people out there that are giving up on Christianity, they are being brainwashed by the atheist.

As Christians, we can’t sit back and watch these things happen. We must rise up and stop false philosophies against Christianity.

Anytime we want to speak to people about Christianity or God, we should do it will meekness according to 1 Peter 3:15. It is not something we make to become fight or do with violence, it must be done with love and show others the reason why following Jesus is the right thing to do.

Paul is an example, anytime he is to face the authorities, he never denounces the Christian faith, but instead, he defended it at all cost. People want to see the seriousness in Christians, they want to see that we are following the orders of God and doing the right thing.

Defending the Faith Prayer for Today

Heavenly Father, I believe that Jesus Christ is your Son that you have sent to die for the world. I believe in Him and for this reason, I am saved. I want the world to know this and I want to use my testimony to clear philosophies raised against Christianity. Lord, help me to defend the faith. Amen.

Also read: KEEP PEACE IN YOUR HEART Prayer for January 9

BY YOUR WORDS YOU WILL BE JUSTIFIED Prayer for February 19