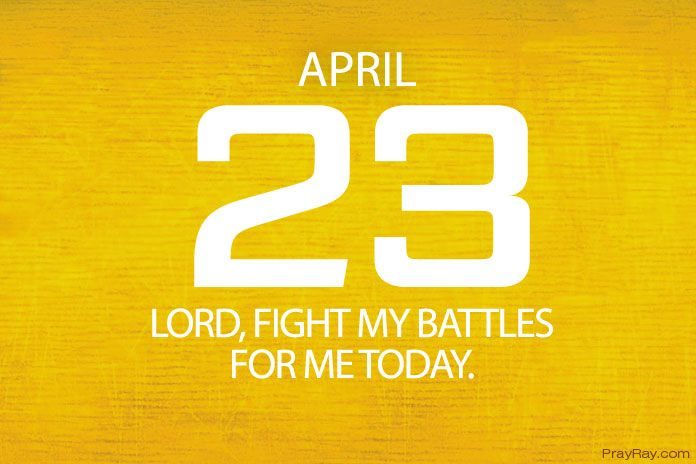 The story of David and Goliath is a very popular story in the Bible, we all love it.

When Samuel was a shepherd, he faced the lion and the bear that wants to attack the sheep. He was not afraid of them because he believed in God. When Goliath came too, he wasn’t afraid, he faced Goliath with the power of God and he conquered. David used a small stone to kill Goliath. He went to the battlefield with just five stones and his sling.

You will be wondering that how possible it is for a small boy to face a giant with just a stone. The reason he could face the giant is that he strongly believed God will fight for him. 1 Samuel 17:47 “All those gathered here will know that it is not by sword or spear that the LORD saves; for the battle is the LORD’s, and he will give all of you into our hands.”

Don’t be afraid of any giant that might face you today, but trust in God and face the giant before you then you will have victory just like David.

Father, I thank you for helping out with all my troubles. All the giants that might be facing me, Lord, turn me into a giant to fight them and give me a victory over them. I enter into your power today Lord, to fight the powerful ones facing my life and I shall overcome them.

Lord, fight my battles for me today. When men see me as small, let your power work mightily that they will see that greater is he that is in me, in Jesus name. Amen.

Also read: BELIEVING IN JESUS IS NOT ENOUGH Prayer for April 22

HOLDING ONTO THE WORD OF GOD Prayer for January 11