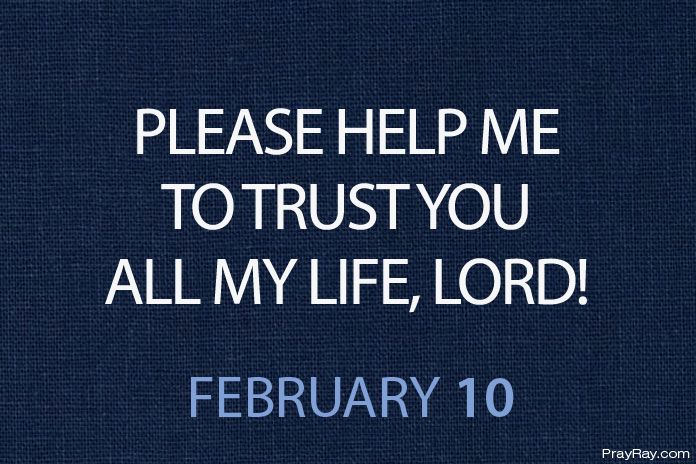 Love God more than anything – Prayer for February 10. God love His people and He would never leave alone or let them alone in times of trouble. They are called God’s heart. If there is anything we should be as a Christian, it should be God’s heart.

“After removing Saul, he made David their king. God testified concerning him: ‘I have found David son of Jesse, a man after my own heart; he will do everything I want him to do.” (Acts 13:22)

To become God’s favorite or what we can call God’s heart – there is a price that we must pay. Do you know what it takes to be God’s heart and whom God will fight for at all costs? This is the level that David was. God declared him to be a man after His heart. That means God choose him in everything. It does not matter what David has done. He remained to be what God wants Him to be.

He became a king in Israel and fought battles – David had victories. It is a privilege to be God’s heart – they are the people who know every step God will take. Abraham got promises from God, he was made the father of nations. It didn’t just come like that. Abraham was a man who loved God and he obeyed every word that came from Him. That’s the price that he could pay to become God’s heart.

God tells His secrets to His favorites. The boom of revelation was written by a man that was God’s favorite. The book tells of all the secrets and things to happen in the future – could God go have just called a random person and show him these things? He doesn’t work like that, he showed His favorite instead.

God gave one thing that we need to do to become one of his favorite. If we do this things that he told us to do, we will join the league of those He holds dearly to His heart. Proverbs 8:17a says, “I love those who love me.” This simply means we need to love God for Him to love us. And we need to love God more than anything.

Love God More than Anything Prayer for Today

Lord, I desire to be a man after your heart, the one whom you will expose all your secrets to. I want to be like that – help me do the right thing required to become a person like that. You made Abraham your favorite because he obeyed you and followed you. And I promise God to love you more than anything. Please help me to trust you all my life, Lord. Amen.

Also read: ASK GOD ACCORDING TO HIS WILL Prayer for February 9