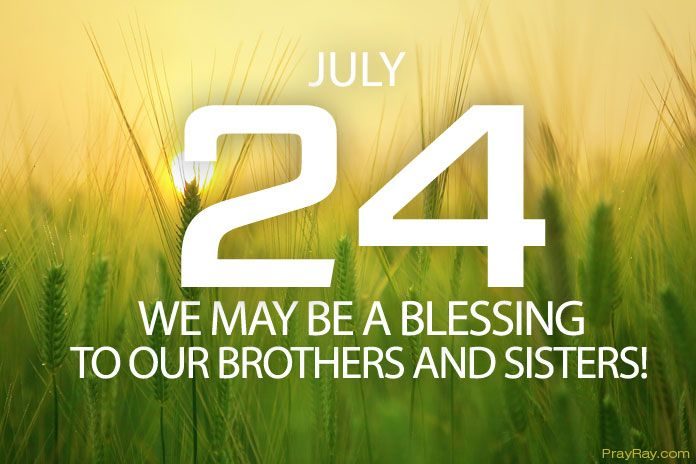 And the Lord said, Simon, Simon! Indeed, Satan has asked for you, that he may sift you as wheat. But I have prayed for you, that your faith should not fail; and when you have returned to Me, strengthen your brethren. (Luke 22:31-32)

The above scripture is a very significant scripture. Here Jesus is letting Peter know that he was about to go through some major league testing of his faith by the enemy.

He also told Peter that during that testing his faith would falter but, in the end, he would return to his faith in Jesus stronger than ever. And that then he should use his newfound strength to strengthen his brothers in Christ.

Today as you look around at a falling nation and a church under attack. It is easy to see that the enemy is sifting the body of Christ in the world as wheat.

Satan has sifted us by separating it by denominations and false doctrines like faith and prosperity that have caused many to compromise their beliefs while others have completely fallen away, caught up in the mudslide of political correctness that is inundating the Church.

The political correctness of the world cannot work in the body of Christ. Christians cannot be afraid to call sin, sin, for fear of offending somebody. They are not elected officials running for office they are Christians called to a life of holiness and elected by God. So if the whole world decides that homosexuality is acceptable Christians then must stand alone proclaiming what the word of God says about it, popular or not.

The good news is that Jesus has prayed for us. So, no matter how dark things get, no matter what the enemy throws at us, those who endure to the end and faint not, will come back stronger than ever. And they will be able to help bare the infirmities of those who are weaker.

So, don’t get caught up in the tsunami that the enemy has unleashed in these final days, and hold on. Don’t hesitate when the enemy will test your faith in God.

Remember Jesus has prayed for His Church and you can’t do any better than that. God bless you all.

Test your Faith in God Prayer for Today

Father God, I pray that during those times when the enemy is “sifting” us, we will stand on your word. I pray that our faith also would not fail us and that every trial and every tribulation would serve to make us stronger in our faith. We may be a blessing to our brothers and sisters in Christ, in Jesus’ name we pray. Amen.