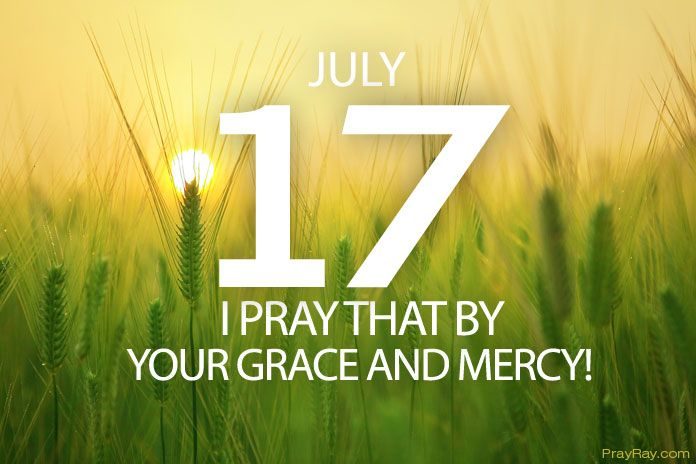 Understanding the power of sacrifice – Prayer for July 17. There are things that we must let go of if we want God to use us for his work, if we want to become a weapon in his hand – we need to give out something, that’s called sacrifice. Sometimes we lack of understanding the power of sacrifice. Sacrifice is not necessarily money or any physical materials, there are some other things that we must sacrifice too.

Then Samuel took a suckling lamb and sacrificed it as a whole burnt offering to the LORD. He cried out to the LORD on Israel’s behalf, and the LORD answered him. While Samuel was sacrificing the burnt offering, the Philistines drew near to engage Israel in battle. But that day the LORD thundered with loud thunder against the Philistines and threw them into such a panic that they were routed before the Israelites. (1 Samuel 7:9-10)

When we talk of sacrificial giving, we are talking about giving things out even when it is not convenient. Not only our money is what God wants us to give to him, but he also wants our service, he wants us to surrender all to him so that he can use us for his Kingdom.

What is Sacrifice we can Give?

God has set before us works to do, in the mission – money is needed, your presence is needed and so many other things at your disposal are needed. Why then don’t you sacrifice them to the Lord and get the power of sacrificing to the Lord?

The power is not to be doubted, God showed the power during Samuel – he thundered a loud thunder against the Philistines that they were rooted before the Israelites. Your enemies will be rooted too if you submit all to God to control.

David, the King of Israel knew what sacrificing to God meant. He challenged himself that he will never give to God what will cost him nothing. 2 Samuel 24:24 “I will not sacrifice to the LORD my God burnt offerings that cost me nothing.”

Understanding the Power of Sacrifice Prayer for Today

Lord, teach me to give all unto you, help to be a sacrificial giver. When I give, let your power speak for me. I don’t want to give my money alone, I want to make myself available to your service, Lord. I pray that by your grace and mercy, I will achieve these. Amen.

Also read: FOLLOW GOD AND HIS VISION FOR YOU Prayer for July 16

Advent. WAITING ON THE LORD Prayer for December 1

CONFESS YOUR SINS TO THE LORD Prayer for August 30