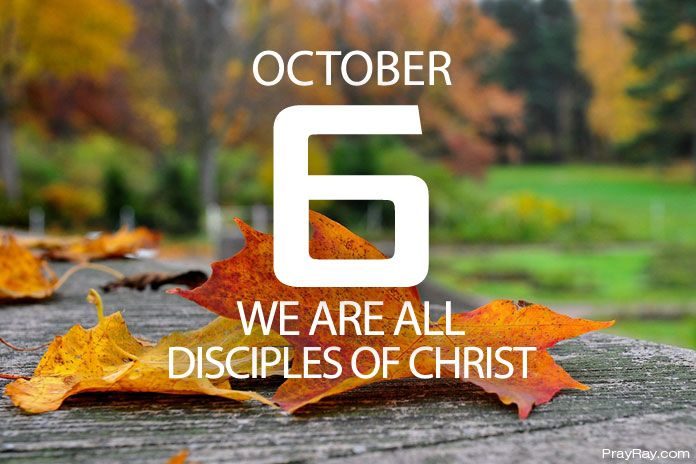 Walking in the power of Holy Spirit – Prayer for October 6. Praise the Lord everybody! It must have been great to preach the Gospel back in the early church, not easy, but great. Great to be bringing a fresh, new message to the people. Only true believers, men zealous and sold out for the Lord would even dare to be associated with “Christians” let alone preach the Gospel.

And Peter, fastening his eyes upon him with John, said, Look on us. And he gave heed unto them, expecting to receive something of them. Then Peter said, Silver and gold have I none; but such as I have give I thee: In the name of Jesus Christ of Nazareth rise up and walk. And he took him by the right hand and lifted him up: and immediately his feet and ankle bones received strength. And he leaping up stood, and walked, and entered with them into the temple, walking, and leaping, and praising God.” (Acts 3:1-8)

The Apostles were such men, fully converted, Holy Ghost filled men of God whose faith was unshakable and everywhere they preached signs and wonders followed. They were men of authority, anointed by the Holy Spirit. When Peter and John were walking into the temple at the gate called Beautiful they exhibited such power. They were walking in the power of Holy Spirit.

The power of God was able to flow freely then. The Church had not yet become THE Church. The Gospel was fresh and new, and people came out just to hear the “Good news” and be forgiven of their sin and saved.

Yes, those must have been good times, all you had to worry about was being able to practice your beliefs freely. There were no “Christian theologians” to contend with no “Church folk”, no usher or Deacon boards or self-indulgent old timers and back room power brokers wanting to be “shot callers” in the body of Christ.

There was no “Gospel lite” a Gospel that has been so watered down over the past 2000 years that in some Churches it is hardly recognizable.

But God is raising up a remnant of Holy Ghost filled, full Gospel preaching men of God, who are preaching Holiness and are not trying to build their own empire. They are true Kingdom builders, Kingdom of God that is. These men are like John the Baptist, voices crying out in the wilderness. We need to again flock to these voices and HEAR the word of God and then we need to become these voices.

We are all disciples of Christ and we all have the ability walking in the power of Holy Spirit like Peter and John. In the Body of Christ sometimes we must look back in order to go forward. God bless you all.

Walking in the Power of Holy Spirit Prayer for Today

Father God, we thank you for the “great cloud of witnesses you provided for us in your word. Help us Lord to be guided by them. Help us to become like the Disciples of old, walking in the full power of your might. In Jesus name we pray, Amen.

Also read: BE A MAN OF GOD Prayer for October 5

Baptism of the Lord Jesus. Devotional for today from the Gospel...