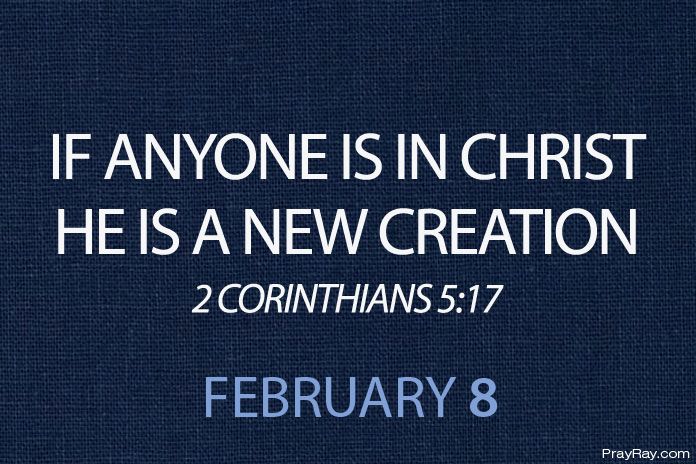 God changes us – Prayer for February 8. What we are familiar with is the popular saying that change is constant. This kind of change is gradual and we see it coming but there is another kind of change which is unexpected, it is sudden.

“Jesus is “ ‘the stone you builders rejected, which has become the cornerstone.” (Act 4:11)

We may look at the Bible text for the day and feel it doesn’t match the title – what this verse is saying is that Jesus came from being rejected to the cornerstone which one cannot do without. That is a sudden change, it was not a gradual process – it was sudden. This is the kind of change that we should ask God to make us go through. It’s a type that brings joy and surprises.

This is the kind of change that Esther went through. No one could have thought that Esther would go from just being an ordinary person to becoming a queen. It was a sudden change. The king had to get a new queen that he called all the virgins in the land – Esther was present and God favored her.

Another story is David. David was just doing his normal business when he was anointed to be the king of Israel. He must have been surprised because it was a day like every other day but he was changed.

If God is going to transform you and make you a great you person, he doesn’t need to announce it first, he can make it be a surprise. God can surprise you and give you what you never expected. You could be called for the contract you’ve been seeking, you could be promoted at your place of work without you knowing about it. God could change you and make you great in no second.

What we have to do is to stay closer to Him – to get all these benefits like getting promoted, getting what we desire in our hearts, we must make Him our number one.

God Changes us Prayer for Today

Lord, I desire a sudden change, a transformation that will surprise the people around me, let me experience it, Lord. You transformed Esther, you made David the king, Jesus became the chief cornerstone. Lord, I pray that you make me an important person at my place of work, in my business, my career, and family. Let me experience a change that will make me great. Amen.

Also read: LORD LOOKS AT THE HEART Prayer for February 7

GOD GIVE ME COURAGE PRAYER Devotion for April 13

SHARING GOD’S LOVE Prayer for May 19