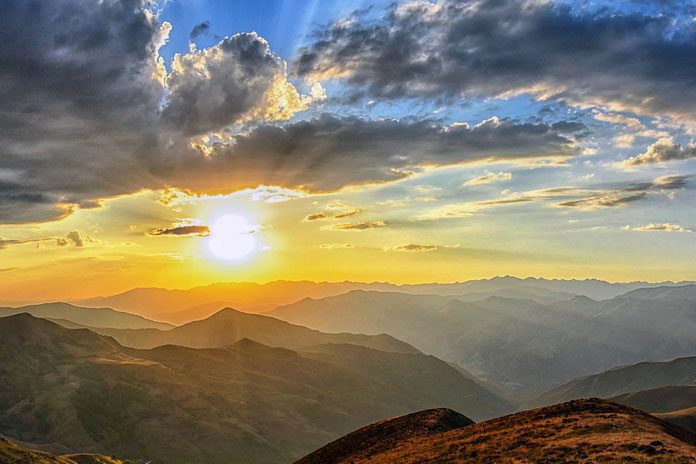 Today, the world situation is complicated. Once again, humanity is in crisis. In this situation suddenly Jesus speaks to us and says: You are the salt of the earth. You are the light of the world.

Jesus says today “Join hands, you are salt and light, you are the only hope for these people. With your influence – salt, and with your message – light go through these fields. And it can’t be done just by one or two, there the whole church has to join hands and go. One grain of salt can’t do much, and one ray of light doesn’t. They have to come together on a common mission, and there’s no time to lose. “

Yes, the world has evolved and rapidly, but only mechanically, technologically, and scientifically. It is neither spiritually nor morally evolved. On the contrary, now we are more technologically advanced than ever, its immorality is also higher than ever before. Sin is publicly justified, it is already written in the laws that these sins must not be confronted.

You are the Light of the World

Therefore, for this world that is immersed in darkness, the only hope is light. And who is that light then? Jesus says, “You are the light of the world.”

So, Christians. Why? Because they alone have the true knowledge of God, the Creator, the Savior, of man and of all this world.

And no philosopher in the world has come to the root of the question of why man is the way he is.

People are technologically advanced, but they have so many problems in mutual relations. Outstanding people in their fields have developed knowledge, but for their children they do not have the ability to say “love you”.

And these disagreements are visible at all levels of society. Between people – problems in relations, between groups – problems in politics, economics, and everywhere else, and also between nations – wars.

What a darkness it is! Therefore, Jesus says that the world needs light.

We who are Christians are the light. But why do people want to cover their light?

One explanation already is that for people, their honor is more important than God’s honor.

But you can be sure that this will never happen, because you have not turned on this light yourself, it has been done by God, and therefore, nothing can turn off it. For one simple reason, because darkness can’t do anything to light.

Darkness can not do anything for Light

The light shines in the dark, but darkness cannot touch light. The light is something completely different, so Jesus says in John 17:16, “They are not of the world, even as I am not of the world.”

They are Christians. You are not of the material that is in the world. Darkness cannot turn off the light because it is a different material.

But, salt can lose its salinity, and light can lose its luster. Just as children of God do not lose their status, but they lose their power. Just as a child of God can lose his testimony. And the apostle Paul writes on this subject in 1 Corinthians 9:27, where he says, “I discipline my body and keep it under control, lest after preaching to others I myself should be disqualified.”

Paul says that I can lose my testimony if I live in sin, if I live an unclean life.

And, by the way, on the road, because they do not throw salt, which lost its salinity, in the field where the seedlings grew, because it would immediately destroy all life. But they threw themselves on the road where people went and trampled, simply.

Therefore, there is a folk saying that a frustrated idealist is the worst thing that can happen to a person.

So when you cover the light, it looks like darkness, but it is still light. But it loses it’s testimony and influence because it has adapted to darkness, it has remained visually equal as darkness. But you remember that that’s why it’s so important that we’re different.

We are light, but if we have put a dowry over ourselves, then we have become like all other darkness as the whole world.

And so Paul says, “Be not like this world.” The apostle John says, “Do not love this world nor the things that are in it.” Jesus says, “Be a contrast in this world, be a light in the darkness.”

Jesus does not have Plan B

you are His Plan A

God has given you everything you need. To you all, the lowest, the most uneducated of you, the simplest of you.

“You are the light of the world.”

Jesus does not have Plan B, you are His Plan A.

Lord, thank you that we are not a reserve option, Lord, but we are your only option that you have placed and that you trust, Lord.

Help each of us evaluate our own lives and help us see the people around us, see us as the boys and girls who have gone astray in these fields of the world, Lord.

And that we should join hands and go and look for them. Help us, Lord. In the name of Jesus. Amen.

Also read: JESUS IS THE DOOR Prayer to Jesus Christ the Good Shepherd

Praise and Worship – Most Important Prayer

JESUS IS THE DOOR Prayer to Jesus Christ the Good Shepherd

Make a JOYFUL NOISE unto the LORD – Bible verse